Getting a bit nostalgic

When we first released Wokabulary in 2011 it wasn’t named Wokabulary yet, but Papapapapaya and the icon was a melon, because we found that funny. To be a bit nostalgic, this is how Version 1.0 looked like, with self-designed icons and graphics: 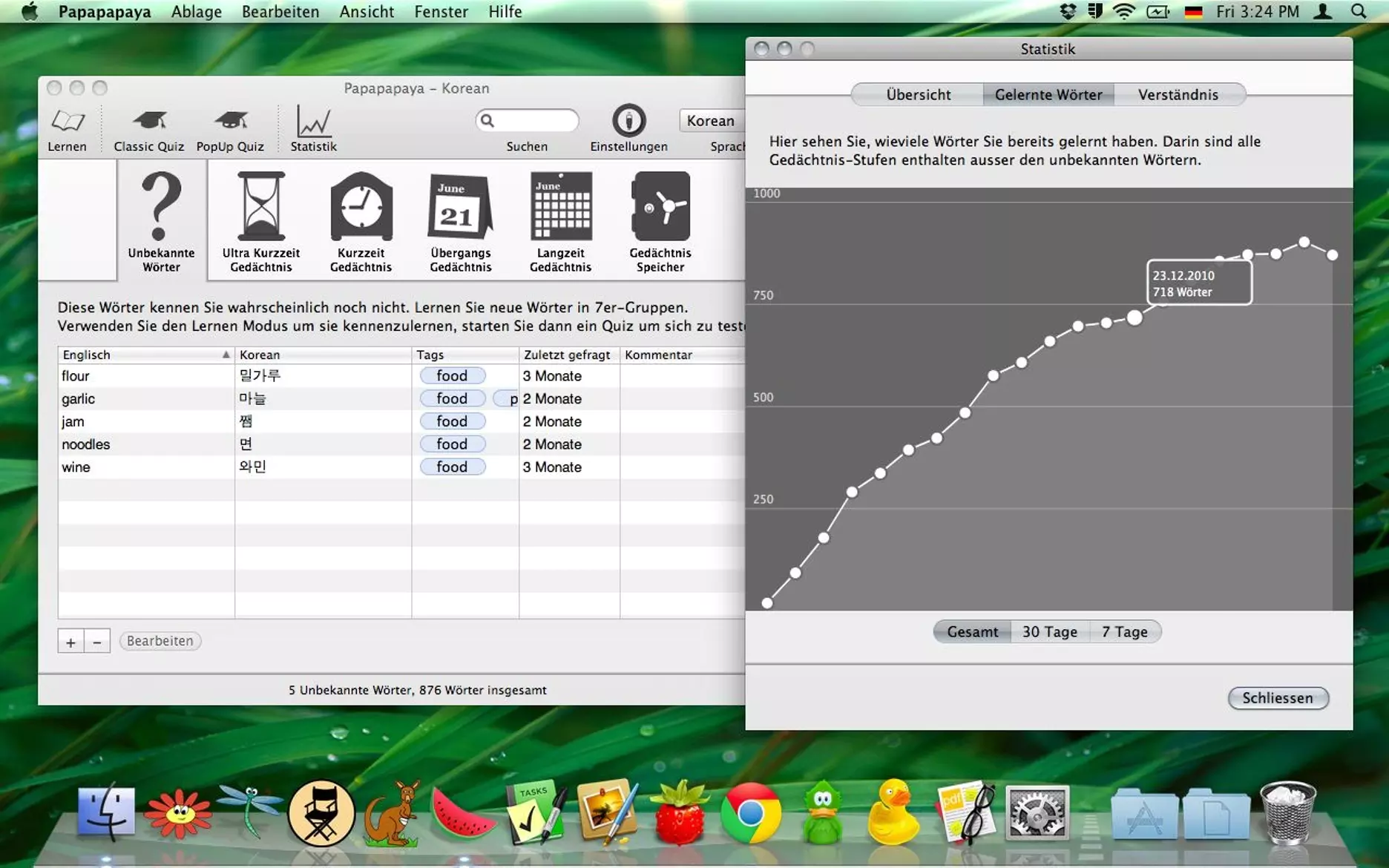 Maybe it was at least a little bit funny, but the naming wasn’t really helpful, so we changed the name and added more and more features to make Wokabulary a powerful tool for language learning.
Four major releases later, Wokabulary 5.0 comes with a new design and with a complete redesign of the statistics.
Also, the update includes some minor bugfixes concerning the switching between languages and the inclusion of learnt words in the quiz.