SetApp — The Netflix for Apps

You can think of SetApp as the Netflix for Mac apps. You pay a monthly subscription fee of $9.99 and you can download and use all apps in their catalog without any further charge or restrictions. 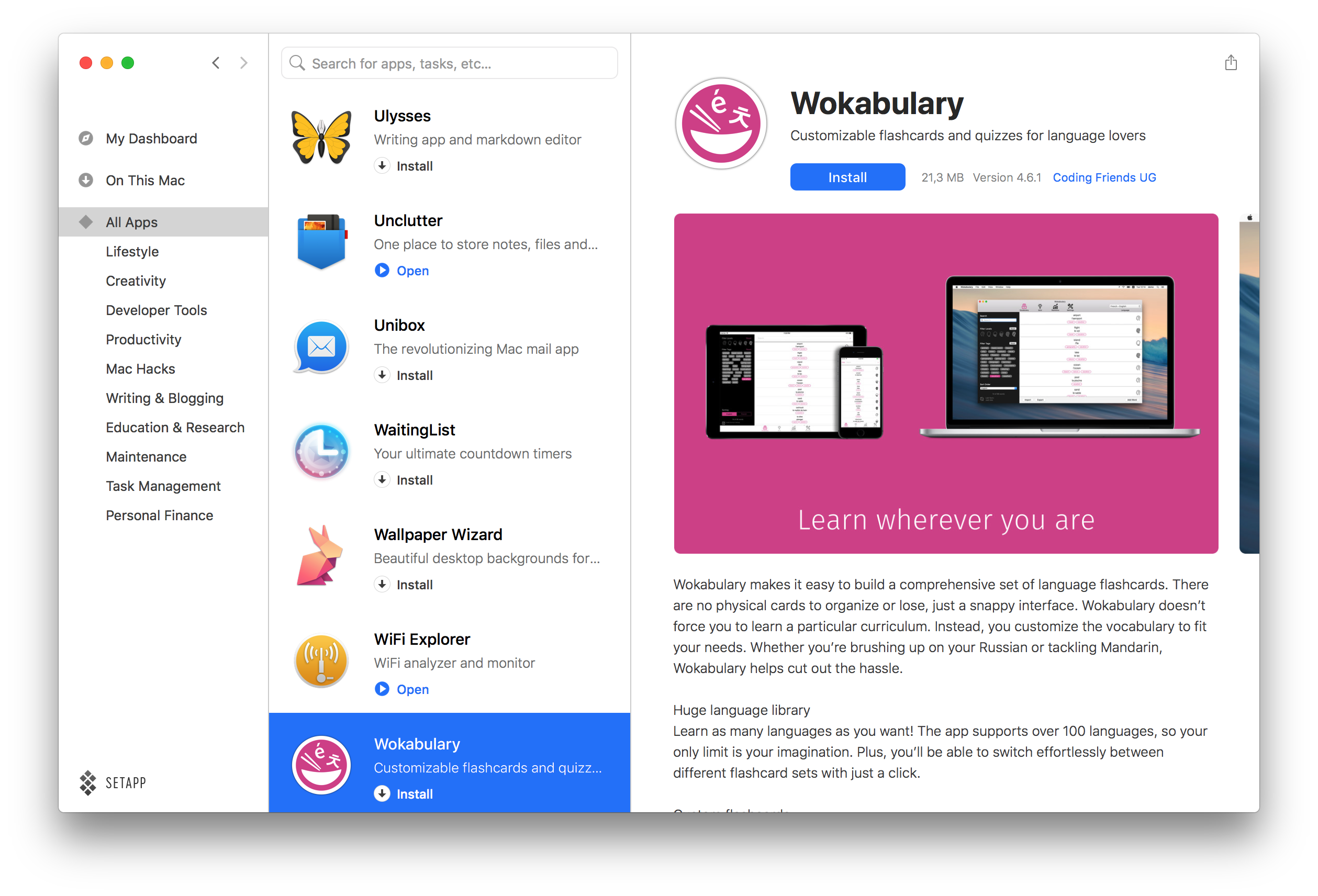 Traditionally, developers only get paid once, when the user buys the app. But supporting the app and creating regular updates also requires some money. So there are two options:
First, we could regulary release paid updates. This solution has the benefit that users more or less directly pay for new features. If you don't need those, you don't need to upgrade. Unfortunately in the Mac App Store paid upgrades are not possible.

The second option is to go for a subscription model, where the users pay a monthly fee to use the app. This works fine for big name companys with products that are used daily. But oviously, you already have multiple subscriptions like Netflix, Spotify, Dropbox, 1Password, etc. Would you want to have a subscription for every single app you use? Probably not.

This is where SetApp comes in. SetApp, too, is a subscription service. But not for a single app. Your SetApp subscription allows you to use any of the over 100 high profile apps in its still growing catalog.
Quite a few of the apps available in SetApp are niche products created by indie developers like us. SetApp opens up a steady stream of income to these small software studios allowing them to keep supporting their products.
On the other hand, for you as a user, the hurdle to subscribe to SetApp where you get access to so many useful apps is much lower than to get a subscription for an indivudual app that you might not be using every day.

Try it for free

You can try SetApp for free for 7 days and check out their entire app catalog. We are very certain that Wokabulary is not the only useful app you will find there.

Also, if you sign up for SetApp using our affiliate link, some of your subscription fee goes directly to us and into the development of Wokabulary.